The Outer Worlds is an upcoming single-player sci-fi role-playing video game being developed by Obsidian Entertainment and being published by Private Division. It is expected to release on PC, PlayStation 4, and Xbox One (game pass) on October 25, 2019. It was announced that it will also be coming to the Nintendo Switch at a later date.

Development on Outer Worlds began sometime prior to Microsoft's acquisition of Obsidian Entertainment in 2018; Private Division had also managed to secure publishing rights before the buyout.

The game's development is spearheaded by Fallout creators Tim Cain and Leonard Boyarsky. Outer Worlds, as a result, is heavily inspired by the Fallout franchise with many elements being ported over.

Outer Worlds is set in an alternate future, with the point of divergence being one where US President William McKinley was not assassinated by an anarchist in 1901. As a result, Theodore Roosevelt never became President, and large business trusts were never broken up, leading to a hyper-corporatist, classist society dominated by the power of mega-corporations and robber barons, which by the distant future, have begun to colonize space. The game takes place on the colony planet of Halcyon, the successor of the failed colony of Monarch.

The player character is on a colonist ship which is lost in transit while heading to the furthest edge of the galaxy to the planet Halcyon, a planet run by corporations. The ship experienced a malfunction and the player character was stuck in hibernation for 70 years. The player finds themselves in the middle of a deep conspiracy threatening to destroy the Halcyon colony.

The Stranger can be customized to the player's preferences, both genetically and physically. Initial character creation is handled by an in-game event, where the Stranger's sex and appearance are defined alongside the basic designation of attributes and skills. Over the course of the game, the Stranger will procure experience points that can be used to level up your skills. A combination of leveling your skills and obtaining Flaws will eventually result in Perks relating to said skills.

As the Stranger's experience progresses, they will level up, however, there is a level cap of 30.

The Outer Worlds is a first-person shooter with RPG elements. Players are given an ability called "tactical time dilation" which allows the player to slow down time in game and do increased damage.

A pacifist path was planned and designed for the game, however, due to the bugs introduced (specifically around quest handling) many elements have been stripped out to ensure overall playability. It has been confirmed that a pacifist run isn't necessarily impossible as a play tester has managed to complete an almost pacifistic run.[1]

There is also an option to kill all NPCs you meet in the game.[2]

Throughout the player's journey, they will meet various NPCs that can accompany them. The player character will be able to travel with up to two companions at once. Actions undertaken by the player will also directly affect what companions think of them to the point where they may even abandon the player entirely. 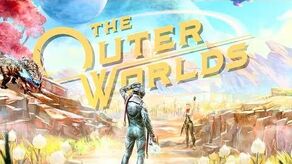 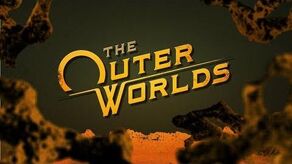 Retrieved from "https://theouterworlds.fandom.com/wiki/The_Outer_Worlds?oldid=3800"
Community content is available under CC-BY-SA unless otherwise noted.