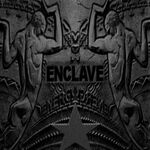 Greetings! I'm so excited for this game, I just want to know everything about it. And I'd like to contribute to the wiki!

I started adding lots of content to the other Outer Worlds Fandom wiki (https://outerworlds.fandom.com) until I realized this one is much further along, so I'd like to focus my efforts here instead.

Would you please consider granting me Admin privileges?

I am the top Contributer on the Anthem wiki, as well as creator/admin of soulslore.wikidot.com.

I ducked out of Discord because the whole Hau business. Right now it feels more like a boys club than a wiki Discord and its just exhausting for me to be there.

Hey! So it looks like I'll be the Wiki Manager for Outer Worlds, which means I'll be a first point of contact for Fandom for anyone on this wiki. If you have any questions for Fandom Staff or need help with anything, feel free to leave me a message on my talk page or on Discord (Atvelonis#9495). —Atvelonis (talk) 17:56, May 9, 2019 (UTC)

Well, I wasn't one until recently! I was asked a couple of months ago to join Wikia's new "Wiki Team," which is split between Wiki Managers (a bit more of a support/technical role) and the Content Team (who help with article content itself). I'm remaining a bureaucrat on Elder Scrolls despite this, though. —Atvelonis (talk) 18:10, May 9, 2019 (UTC)

Autumn, as you are aware your rights were removed due to security concerns today and we do want to give them back to you. However, as our concerns of a potential hack are not alleviated the three of us have decided on the following before reinstatement

It is important to us that we can continue working and sustain a community, so I'm sure you can understand that we cannot set an indefinate deadline. If the terms aren't agreed to and made before the 5th of July, a new server will be created and Offical status will be transferred to it, leaving the old server in your care to do with as you feel fit. Your rights will also be considered no longer wanted by yourself and any request for rights will have to go through community process, whatever they may be at the time.

In the interim, Argorrath has been appointed as Bureaucrat, to allow for consensus to be made on all things related to the wiki. We can discuss changing this status or leaving it as is if you agree to the two terms above. Sakaratte - Talk to the catmin 21:49, June 28, 2019 (UTC)

Honestly, your resistance to handing the discord over to someone on a potentially permanent basis concerns me, especially as you seem very lack luster to deal with the individual who hacked your account. Right now, it is a no from me, but you can try the others and see what they think. Their rationales may sway me. Sakaratte - Talk to the catmin 23:01, June 28, 2019 (UTC)

I do think the handing over is a bit harsh, but it's only until theirs a confirmation of security. After that I'll be more than happy to give you back the discord. I see it as just a precaution until everything calms down a bit imo. Argorrath (talk) 23:28, June 28, 2019 (UTC)

I've restored your user rights now. I want to clarify a few things from information that was passed on to me:

As a final point to move onto, which you touched on in the Discord and will help bring this whole mess to an end. Argorrath: do you want his interim appointment to end, or would you like him to retain the position for the future? Sakaratte - Talk to the catmin 09:29, June 29, 2019 (UTC)

I do have quite a few things to discuss with you, but to go with the message you left me on the talk page first: I'm fine with that, If you don't think it is warranted, then we can go back to quo at the end of the week, I'm fine with that. Sorry I haven't replied before, I've had work and have been trying to get an assignment in. I have been observing the server activity this week though and I've seen a mix of good and bad.

I agree with you entirely that Nomad shouldn't just be deleting things from the log because he has ballsed up. Much more of that and let me know and we will decide if he remains as an administrator. There are certainly good reasons to delete from the log, so I don't want to blanket refuse any administrator of that right, it should just be sparsely used.

I also like the inclusion of the PT BC role on the server. I've changed the name to Interwiki Bureaucrat. I know there is a Russian Wiki out there and we may see other community leaders later on.

On the flip side of it: personal attacks. I saw at least one statement which was a venomous direct personal attack and should have been acted on. I know people have various reasons for being pissed off or critical and a "fuck you" I'd probably over look or try to dispel the issue. Anything else that is particularly venomous needs to be seriously acted on, otherwise we are not going to grow.

On a final note: I know you're pissed at me over the forced server handover and I'll be honest, I'd rather have not hand to do anything like that at all. It is clear that you care about the server itself and you want it to be a great place to be and I hope that we can get it back to you. We still have our concerns and I'm sure you can understand why we have them... even if you may not necessarily agree with them. You have my steam and you have my discord, if you need to talk on the quiet about things. I sure Arg would listen too. Sakaratte - Talk to the catmin 23:15, July 3, 2019 (UTC)

Alright, lets things be as they are in those regards then.

On a separate note, I've had complaints for several users about the behavior on Discord last night. I took a look and honestly, they are justified and I can see you were present and made statements in relation to what could be conceived to be a personal attack. From tomorrow I'm going to be actively moderating the server, if anything falls out of line, I will act on it in some way, shape or form per our rules (I just copied them over from the server channel today). Anything that happens while I'm asleep that isn't acted on will result in a kick, rather than a warning so it can be picked up when they come back to the server. Any staff acting out of bounds (there was certainly some borderline stuff in there from certain staff members) will also result in a rights removal at this stage.

We're getting a bad rep already and things have barely lifted off. Its time to turn things around. Sakaratte - Talk to the catmin 11:28, July 6, 2019 (UTC)

Thanks for linking to that user's page, which allowed me to find the Portuguese wiki. Turns out that the problem was that the language link is actually pt-br instead of pt. Using [[pt:]] was displaying a broken red link (screenshot), so I just changed it to [[pt-br:]], and now it's working correctly by adding Portuguese to the language drop-down menu. JoePlay

I had left chat on as a way to gain other users that didn't have, or didn't want to use Discord but wanted to get a hold of people. Was there any reason why you turned it off? Sakaratte - Talk to the catmin 06:11, September 6, 2019 (UTC)

Retrieved from "https://theouterworlds.fandom.com/wiki/User_talk:President_Augustus?oldid=3755"
Community content is available under CC-BY-SA unless otherwise noted.